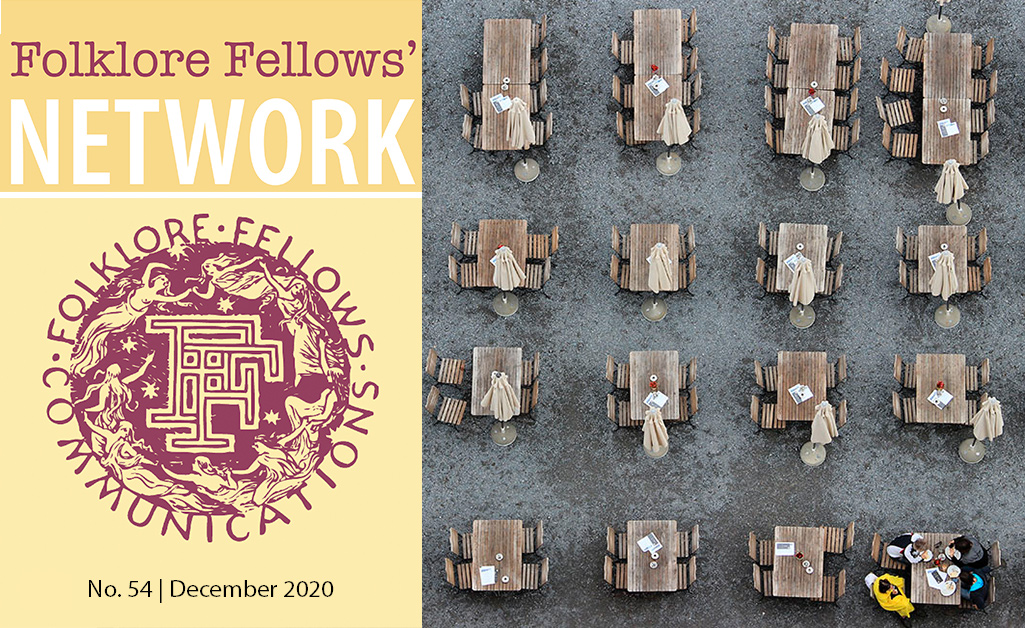 University of California, Berkeley and UCLA

The Covid-19 pandemic has led to an explosion of storytelling—much of it framed as believable first-person accounts—across many media. A large number of these stories reflect aspects of both rumor (which can be seen as a hyperactive transmission state of legend) and of conspiracy theory (Rosnow and Fine 1976; Tangherlini 1990; Fine et al. 2005). If we conceptualize folklore at least in part as the informal circulation of cultural expressive forms on and across social networks, thereby incorporating both the performance aspects of folklore and its dependence on social interactions embedded both in time and space, it should be of little surprise that the current situation has engendered a great deal of storytelling (Tangherlini 2018).

It is certainly well established that rumors love an information void (Shibutani 1966; Starbird et al. 2014). Given the current situation where high confidence information is hard to come by, and trusted information sources have been called into question by ideologically motivated groups, the conditions are perfect for the types of information cascades that rumors represent. Similarly, the information vacuum allows for the inventive alignment of stories, often from different domains of human interaction, into larger coherent narrative frameworks that rely on monological thinking and people’s receptiveness to explanatory narratives (Goertzel 1994). We conceptualize these broad, interrelated storytelling cycles that often propose to uncover a nefarious background for an observable phenomenon such as the sudden appearance of the Covid-19 virus and its subsequent rampage across the globe as conspiracy theories (Shahsavari et al. 2020).

A great deal of interaction during this time of social distancing takes place online on social media platforms such as Facebook and Twitter, and on social media forums such as Reddit and 4chan. Unlike face-to-face interaction, social media has several features that make it particularly suitable to the propagation of rumor and the creation of conspiracy theories. First, the rapidity with which signals can propagate across these platforms is striking. Second, messages can be passed in part or in their entirety with simple clicks, while the original message can be edited quite easily. Third, there is a degree of anonymity on many of these platforms, confounding to an even greater degree the amount of trust a person may have in the source of the information. Fourth, given the assortativity of links on many social media sites (predicated on the notion of homophily in social networks), there is a tendency for these conversations to become self-reinforcing, creating what some have labeled “echo chambers” (Del Vicario et al. 2016). Fifth, there is an amplification of the signal that is uncommon in normal face-to-face interaction. This latter aspect of amplification becomes all the more critical in the context of automated agents, such as “bots”, that can tirelessly send messages out into the social network again and again (Ferrara 2020). 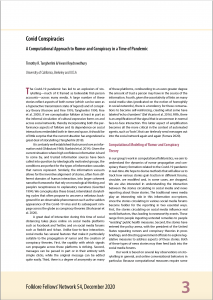