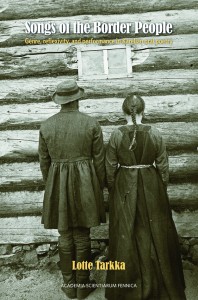 Rune-singing in the Kalevala meter is one of the few European oral poetries to survive the long nineteenth century. In her comprehensive study of the poems collected in the Archangel Karelian parish of Vuokki­niemi, Lotte Tarkka places this tradition within historical and ethnographic realities, contexts of local and elite ideologies, and the system of folklore genres. The songs of the border people emerge as praxis, the communicative creation of individual and collective identities grounded in a mythic-historical view of the world. The bond between the songs and their singers is articulated through an intertextual analysis of key cultural themes and the textual strategies used in their elaboration. In performance, singers and their audiences could evoke alternative realms of experience and make sense of the everyday in dialogue with each other, supranormal agents, and tradition. The poems, as powerful representations and performatives, endowed those who voiced them with godlike creative capacities, as coined in the proverb “The things I put into words, I make real.”