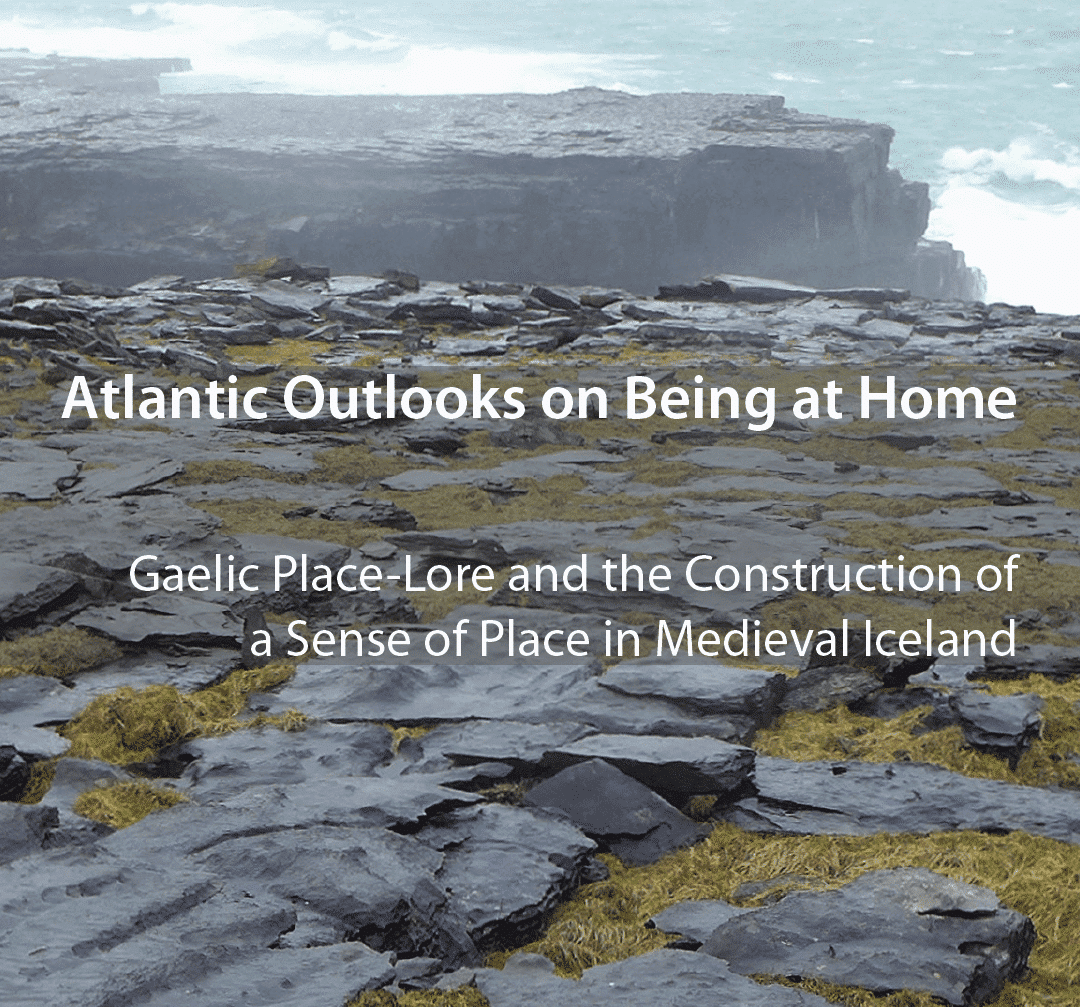 Atlantic Outlooks on Being at Home

Atlantic Outlooks on Being at Home. Gaelic Place-Lore and the Construction of a Sense of Place in Medieval Iceland
Suomalainen Tiedeakatemia
Folklore Fellows’ Communications 314
Porvoo 2018, 324 pp.
Available at Bookstore Tiedekirja, 35 € Much of both lcelandic and medieval lrish literature is, in one way or another, storytelling about places, reflecting a deep engagement with the concept of ‘place’ and the creation of a ‘sense of place’. This book takes as its starting point the shared interest that lcelandic and lrish storytelling have in ‘place’ and asks whether the medieval lcelandic sense of place, as reflected in lcelandic narrative culture, has been influenced by the close contacts that existed during the Viking Age between lceland and the Gaelic-speaking world of lreland and Scotland. ln attempting to answer this question, the book contributes to the long-standing debate about Gaelic influences in lcelandic culture, the much more recent discourse on the spatiality of medieval lcelandic literature and storytelling, and the cultural history of the lcelandic settlement Period. obliquely, the findings of the book may even shed light on the origins of lcelandic saga literature. Along the way, it also offers insights on a number of general points of spatial theory as well as, in particular, on two medieval lcelandic texts that are especially place-focused: Landnámabók, the ‘Book of settlements’ and Eyrbyggja saga, the ‘Saga of the lnhabitants of Eyr’.