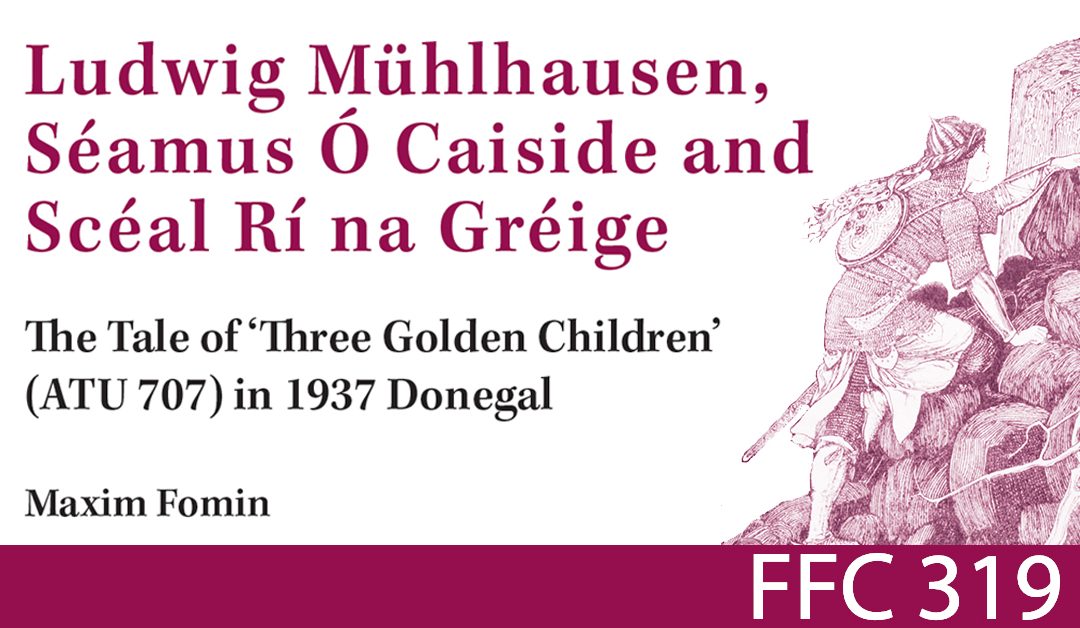 On 25 August 1937, a strange-looking man appeared in the fishing hamlet of Teelin in Donegal, Ireland, wearing a gentleman’s suit and a pair of round glasses. He spoke Irish, albeit with a foreign, Kerry accent. After a month there, he asked a local storyteller, Séamus Ó Caiside, if he could relate a few stories for him. Between 24 September and 13 October 1937, the two men recorded 12 tales and two songs across 24 storytelling sessions.

The visitor’s name was Ludwig Mühlhausen, Professor of Celtic Studies at the University of Berlin. On his return to Germany, ten tales collected from Ó Caiside were published as Zehn irische Volkserzählungen aus Süd- Donegal. Of the tales the scholar chose not to publish, one called ‘Scéal Rí na Gréige’ (‘The Tale of the King of Greece’) falls within the focus of this study.

‘Scéal Rí na Gréige’ presents a version of the wellknown international folktale type ATU 707: ‘Three Golden Children’. The author examines the type’s dissemination in Ireland, and provides its classification into four ecotypes. Despite its wide distribution in the Irish oral tradition, the author suggests that the story known to Ó Caiside came from the printed medium – from a popular version of The Arabian Nights Entertainments.

To be understood by the Irish-speaking audience, the story was rendered in the vernacular; yet, its key elements were articulated in English, embellishing the plot with a flavour of exoticism and of the faraway lands. ‘Scéal Rí na Gréige’, a unique folklore product, marries the Irish vernacular to the European print culture. It represents a true testimony to Séamus Ó Caiside’s inquisitive mind and creative genius, and signifies an innovative step in the development of the Irish oral tradition.

Chapter 1
Searching for folktales in Ireland in the 1930s: Ludwig Mühlhausen’s trip to Donegal in 1937

Chapter 2
Writing down the tales: Ó Caiside’s stories published in 1939

Appendix 4
‘The Golden Water, the Singing Tree and the Talking Bird’: versions of folktale type ATU 707 from co. Galway