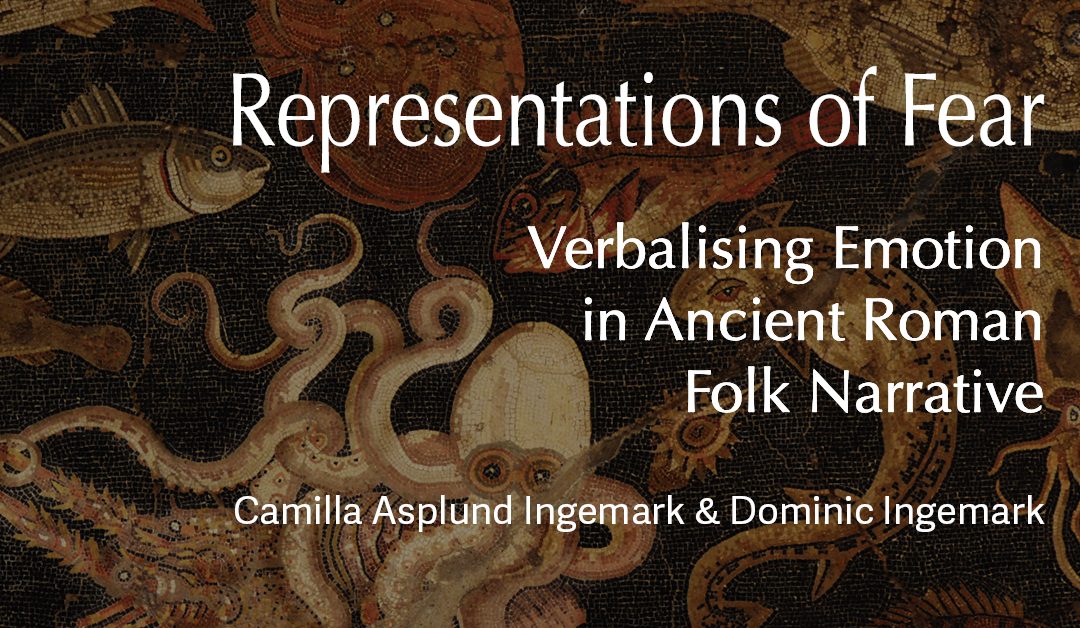 This book deals with folk narratives expressing some of the basic fears of ancient Roman culture. These included, on the one hand, threats to the survival of the family, especially concerning children, pregnant women and to some extent also young men, and, on the other hand, the hidden dangers of the urban environment, especially places such as sewers, cemeteries, crossroads, inns and harbours.

Human existence was precarious in many ways in antiquity: success could swiftly turn into misfortune, health into illness and death, with disastrous consequences for the most important social network in this era, the family. These misfortunes could be difficult to cope with, and adversity, calamity and death had to be made intelligible emotionally. By verbalizing fear – in the form of stories of demons, witches, ghosts and wild animals – it could be endowed with a concrete shape.

The argument of this book proceeds from the assumption that the act of narrating stories helps us to make sense of our lives and the world we live in. In narrative, we articulate our emotions, thoughts and opinions, voice our hopes and desires, our anxieties and fears. The therapeutic power of stories lies in their ability to provide a space for reflection on the difficulties and anxieties in life.

The concept of emotional topography is introduced as an analytical tool in studying the relation between space, emotions and time. Certain places were associated with one range of emotions during the day and another at night, such as a cemetery, which at night evoked dread and disgust. Other places, such as for example inns, could evoke a sense of unease regardless of the time of day; they were places where horrendous things might take place, where you risked encountering everything from murderous inn-keepers to werewolves.

4. Philosophical Perspectives on Emotion, Fear and Therapy
4.1    Aristotle: The Usefulness of Emotion and Arousing Pity and Fear Through Plot
4.2    Epicurus and the Epicureans: Therapies for Pain and Fear
4.3    The Stoics: The Consolation and Reformation of Emotion as Judgement

The Family under Threat

6. The Negligent Nurse: The Monkey Babysitter and Other Careless Child-Minders
6.1    The Story of the Monkey Babysitter
6.2    Apes in Ancient Thought
6.3    The Wet-Nurse – Symbolic Comforter Figure vs. Object of Anxiety
6.4    Fear, Grief, Regret and Remorse
6.5    Emotion Work with Sticky Objects and Key Symbols

Loci of Fear in and outside the City

9. The Fear of Being Left Unburied: Ghosts
9.1    Quickly Covered by Sandy Soil: The Restless Spirit of Socrates
9.2    Murder in Megara
9.3    Haunted Houses: Victims Without Graves
9.4    Fear, Superstition and Reverence
9.5    “Death Is Nothing to Us” and the Folkloric Alternative

10 Intruders from the Deep: Octopuses and Killer Whales
10.1  The Octopus in the Sewers
10.2  The Octopus Climbing the Tree
10.3  The Octopus: A Symbol of Intelligence, Deceit and Stupidity
10.4  An Orca in Ostia: Claudius and the Killer Whale
10.5  Fear, Courage, Disgust and Arrogance
10.6  Being a Slave under Pleasure

11 The Therapy of Fear
11.1  The Verbalisation of Emotion
11.2  Externalising Blame: Scapegoats and Sticky Objects
11.3  Inns and Harbours as Sticky Places
11.4  Emotional Topography
11.5  The Therapy of Emotions